Historic Churches of the Lower River Passage along the St. John River

The Churches and the River

Long before there were church buildings here – for approximately 12,000 years – the Maliseet people lived on and with this land. All things in their environment were sacred and had purpose. Today, many sacred traditions remain, including the use of eagle feathers and the sweetgrass found here. The connections to land and river remain strong and sacred for Wolastoqiyik: People of the beautiful river.

French – and later Acadian – immigrants began to settle in the Lower River Passage during the 17th and early 18th centuries. The scant surviving records show that the small settlements and forts in this region included chapels, so it is likely that resident or missionary priests celebrated mass with the population on a regular basis, although none of these buildings have survived.

The churches of the Lower River Passage display the diversity of Christian faiths of the early settlers in this region. Often, the buildings themselves provide architectural links with the homes from which those settlers came. Prominent, but rarely intrusive in the landscape, well built and proudly maintained, surrounded by memorial stones to generations of worshipers, the churches of the Lower River Passage merit notice and await discovery. 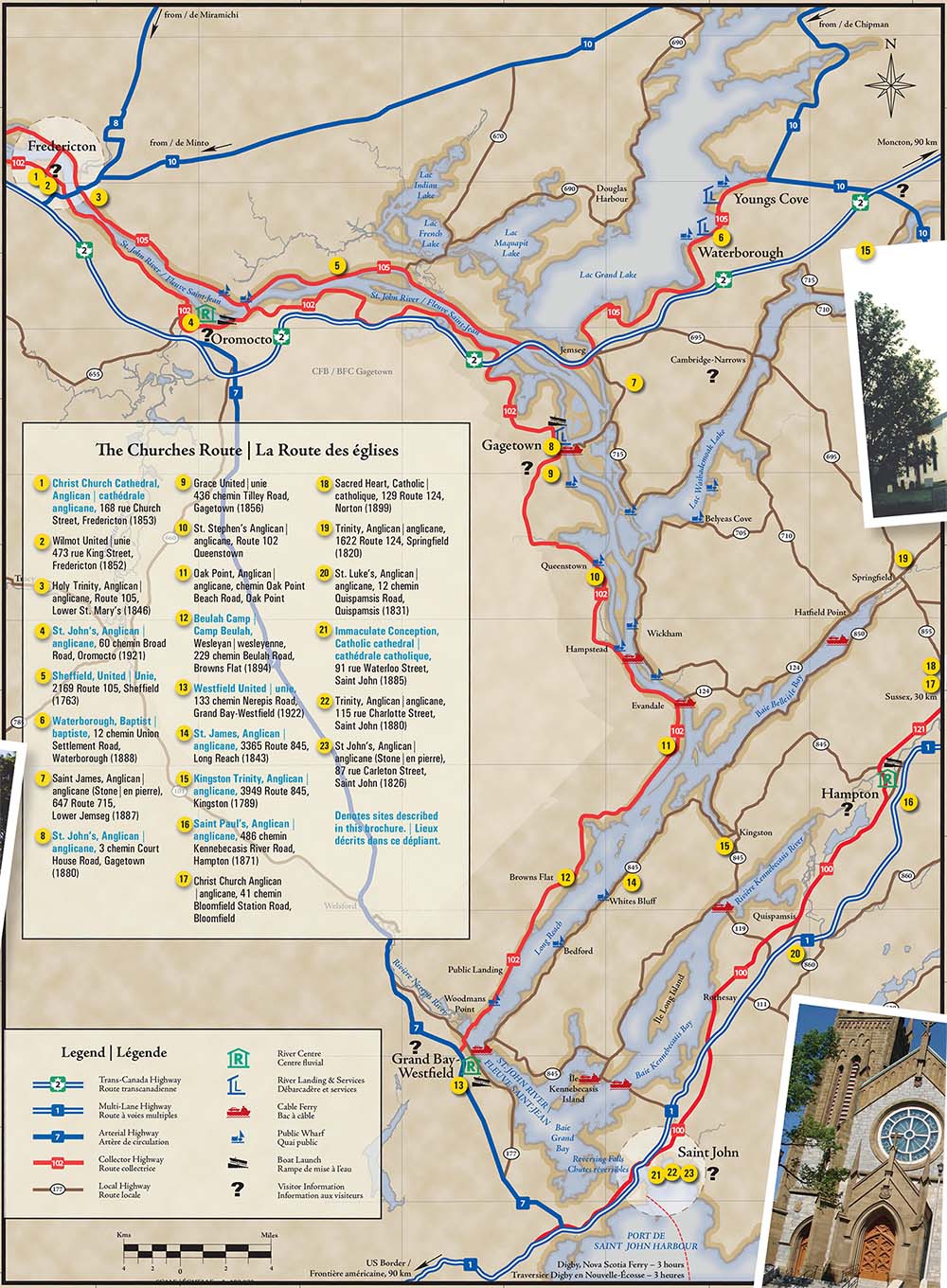