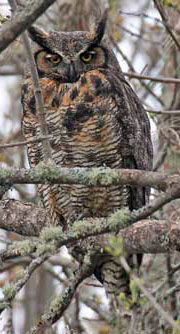 A family dedicated to conservation, a certified organic farm, hundreds of wetland acres, and a pristine river gives true meaning to the claim of natural treasure. This site will first embrace you with its grandeur and then fill your spirit with its peacefulness. Birds abound here with a diversity that is not simply a chance occurrence but an intentional conservation ethic that has existed for generations on this land. The Slipp Family’s commitment to conservation teamed up with Ducks Unlimited in 1980, back when stewardship was only beginning to be conjured up in definition as a good will gesture towards the land. Most obvious here are the waterfowl. Late nesting species like the Blue-winged Teal and American Widgeon are present here in good numbers because efforts have been taken to delay the cutting of hay along the river intervale and upland fields in order to give hens a chance to finish incubating their eggs and bring off their broods. The inherent feritility of the marshes has created microhabitats that are attracting western type waterfowl like the Gadwall. This is a species that is rare in New Brunswick and fairly inconspicuous, but it is found nesting here regularly. Look for a buff coloured medium sized bird somewhat resembling a small Mallard or a large Blue-winged Teal. If you can see its speculum, the narrow but bright white patch is a sure sign that you have seen Linnaeus’ Anas strepera. The emergent floodplain marshes, inland beaver ponds and shrub wetlands of this river valley are the bastion of the American Black Duck, New Brunswick’s most common breeding waterfowl species, but one that has endured a continental decline and range reduction and is now relegated to its eastern boreal forest landscape typical of much of the province. In late August hundreds of recently fledged broods of American Black Duck, Mallard, Wood Duck, Blue-winged Teal, Green-winged Teal, and American Widgeon come here in family groups to roost at night. An hour before dark one can see lines of birds coming from every valley, coming off the island marshes, and along the shore of the St. John River itself, in a continuous flow of quackers and squakers announcing their arrival to those already tucked in for the night. The birds come to the marsh named after the creek that flows beside it, Palmer Creek.

For marsh lovers this site holds some real gems. Many of the bird species uncommon to this part of the world have taken a foothold in this place because of its management regime and sanctuary status. This is one of the few places where you can regularly see the vociferous American Coot walking atop the large-leaved pond lilies or under the dense overstory of the purple spiked Pickerelweed. The lush vegetation in these emergent wetlands is also home to the Purple Gallinule. A close-up look at the feet of these cousins reveals scallops or fleshy appendages on the toes of the American Coot, but no such water displacing device on the Purple Gallinule. The Gallinule though is a showy sort, adorned with a bright blueish purple colour that is responsible for the bird’s name. Inconspicuous and light-footed are also the numerous Sora and Virginia Rail that call these marshes home. These secretive birds are hard to catch off guard but keep your eyes peeled around sunset when they become active. A great vantage point to see and not be seen is on the dyke of the Palmer Creek wetland project.

Along the periphery of these wetlands and the shores of Palmer Creek stand the majestic Silver Maples and American Elms that have guarded this place for centuries. These witnesses of all things natural can’t divulge their wisdom in the annual rings scientists count, but are curiously the watching posts of Great Horned Owls, who by observing every detail of life in the marsh, ensure the survival of their own progeny. Time has also seen these perpetual perches adorned by one of the spirit Gods, the Bald Eagle. The teachings of the First Nations peoples seem to have taken the collective consciousness of the hardwoods, the owls and the eagles and shaped this knowledge of natural law into humble teachings and lessons to live by.

George Slipp saw conservation as a way of life. His ancestors have watched over this river and its marshes since they settled here in 1784. Since then the eternal flow of the river, the murmur that emanates from the wetlands, and the coming and going of birds has held hope for the future. Stop in to see George’s son Larry, known for his keen sense of observation of the natural rhythms that surround this special place, and discover what the adage ‘tied to the land’ really means.